January 01, 2020
When we consider how good the best possible future might be, it's tempting to focus on only a handful of dimensions of change. In transhumanist thinking, these dimensions tend to be characteristics of individuals: their happiness, longevity, intelligence, and so on. [1] This reflects the deeply individualistic nature of our modern societies overall, and transhumanists in particular. Yet when asked what makes their lives meaningful, most people prioritise their relationships with others. In contrast, there are strands of utopian literature which focus on social reorganisation (such as Huxley’s Island or Skinner’s Walden Two), but usually without acknowledging the potential of technology to radically improve the human condition. [2] Meanwhile, utilitarians conceive of the best future as whichever one maximises a given metric of individual welfare - but those metrics are often criticised for oversimplifying the range of goods that people actually care about. [3] In this essay I've tried to be as comprehensive as possible in cataloguing the ways that the future could be much better than the present, which I've divided into three categories: individual lives, relationships with others, and humanity overall. Each section consists of a series of bullet points, with nested elaborations and examples.

I hesitated for quite some time before making this essay public, though, because it feels a little naive. Partly that’s because the different claims don’t form a single coherent narrative. But on reflection I think I endorse that: grand narratives are more seductive but also more likely to totally miss the point. Additionally, Holden Karnofsky has found that “the mere act of describing [a utopia] makes it sound top-down and centralized” in a way which people dislike - another reason why discussing individual characteristics is probably more productive.

Another concern is that even though there’s a strong historical trend towards increases in material quality of life, the same is not necessarily true for social quality of life. Indeed, in many ways the former impedes the latter. In particular, the less time people need to spend obtaining necessities, the more individualistic they’re able to be, and the more time they can spend on negative-sum status games. I don’t know how to solve this problem, or many others which currently prevent us from building a world that's good in all the ways I describe below. But I do believe that humanity has the potential to do so. [4] And having a clearer vision of utopia will likely motivate people to work on the problems that stand, as Dickinson put it, “between the bliss and me”. So what might be amazing about our future?

Individual lives
Relationships with others

For most of us, our relationships (with friends, family and romantic partners) are what we find most valuable in life. By that metric, though, it’s plausible that Westerners are poorer than we’ve ever been. What would it mean for our social lives to be as rich as our material lives have and will become? Imagine living in communities and societies that didn’t just allow you to pursue your best life, but were actively on your side - that were ideally designed to enable the flourishing of their inhabitants.
Humanity overall

When we zoom out to consider the trajectory of humanity as a whole, there are some desirable properties which we might want it to have. Although there are reasons to distrust such large-scale judgements (in particular the human tendency towards scope insensitivity) these are often strong intuitions which do matter to us.
Contentious changes

For all of the changes listed above, there are straightforward reasons why they would be better than the status quo or than a move in the opposite direction. However, there are some dimensions along which we might eventually want to move - but in which direction, I don’t know.

1. See, for instance, the conspicuous absence of relationships and communities in works such as Nick Bostrom’s Transhumanist FAQ. His summary of the transhumanist perspective: “Many transhumanists wish to follow life paths which would, sooner or later, require growing into posthuman persons: they yearn to reach intellectual heights as far above any current human genius as humans are above other primates; to be resistant to disease and impervious to aging; to have unlimited youth and vigor; to exercise control over their own desires, moods, and mental states; to be able to avoid feeling tired, hateful, or irritated about petty things; to have an increased capacity for pleasure, love, artistic appreciation, and serenity; to experience novel states of consciousness that current human brains cannot access.” See also Yudkowsky: “It doesn't get any better than fun.” Meanwhile the foremost modern science fiction utopia, Banks’ Culture, is also very individualistic.

2. Some interesting quotes from Walden Two:
And from Island:
3. For a short introduction to this debate, see section 3 in the Stanford Encyclopedia of Philosophy’s entry on Consequentialism.

4. For stylistic purposes I wrote much of this essay in the future tense, without always hedging with “we might” and “it’s possible that”. Please don’t interpret any of my descriptions as confident predictions - rather, treat them as expressions of possibility and hope.

5. As Tim Ferris puts it, “excitement is the more practical synonym for happiness”.

6. For an analysis of the similarities between these three traditions, I recommend Shannon Vallor's Technology and the Virtues.

7. For a (somewhat fawning) description of such a society, see Swift’s Houynhnhnms, which are “endowed by nature with a general disposition to all virtues, and have no conceptions or ideas of what is evil in a rational creature”; and which the narrator wants “for civilizing Europe, by teaching us the first principles of honour, justice, truth, temperance, public spirit, fortitude, chastity, friendship, benevolence, and fidelity.”
ethics lw 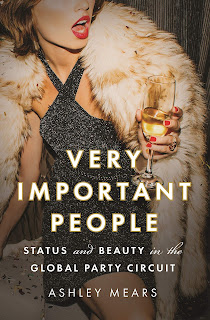